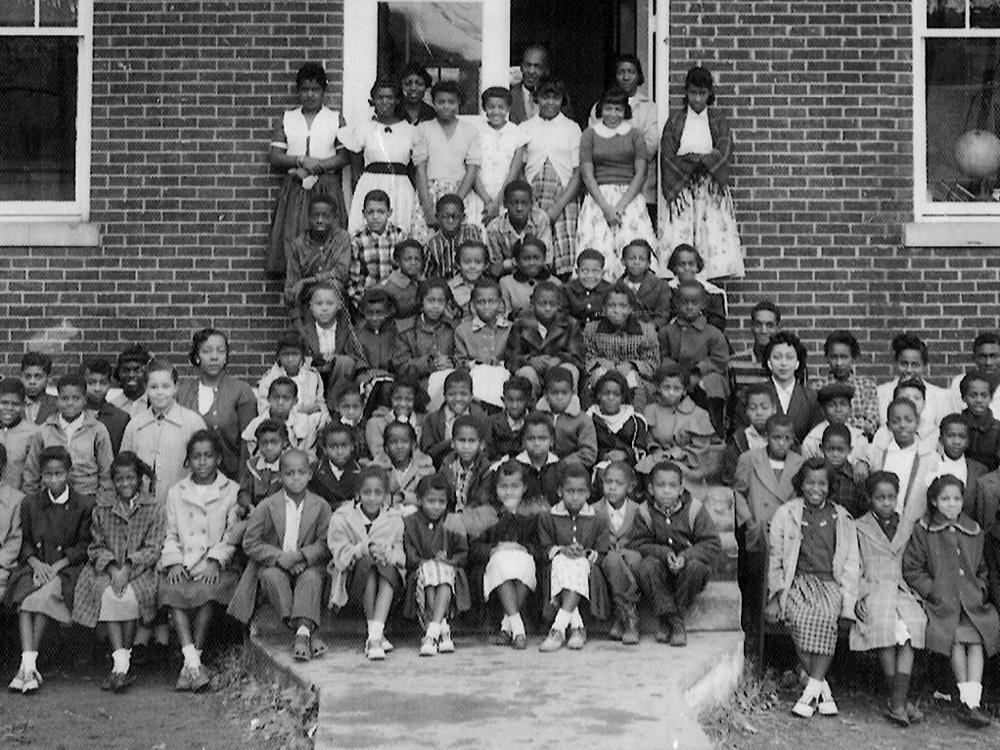 In the early 1900s, educator Booker T. Washington and Sears Roebuck president Julius Rosenwald built schools across the South for African American students. May’s Lick Rosenwald School, in Maysville, Ky., was built in 1921, and it has received one of 27 preservation grants from the African American Cultural Heritage Action Fund.

Today—August 12, 2021—is the 159th anniversary of the birth of Julius Rosenwald. Rosenwald, a businessman and philanthropist, was born in Springfield, Illinois in 1862.

His is truly a life worth celebrating.

In the early 20th century, Julius Rosenwald was inspired by Booker T. Washington’s autobiography Up from Slavery to work with Washington in the mission of providing education for black people who were not being served by public schools due to segregation. It was an effective partnership.

Rosenwald, as Co-founder and President of Sears & Roebuck, channeled his charitable resources into the building of schools. Washington, President of the Tuskegee Institute in Alabama, focused on the structuring of the school buildings and how the funding would be used to support teachers.

The teamwork of these two men led to the creation of an amazing 5,000 schools, including 500 right here in South Carolina. Though these schools faded away as state lawmakers pursued integration-avoidant “equalization” measures and eventually integration itself at the behest of federal courts, the impact of the efforts of Rosenwald and Washington are inestimable.

Thousands of children who were not being served by the schools that were funded by taxpayer money were afforded an educational opportunity and were able to acquire what Frederick Douglass stated was his own personal path to freedom: the ability to read.

One of the historic roadblocks to opportunity for black South Carolinians has been the state constitution of 1895. All but written by former Governor and U.S. Senator “Pitchfork Ben” Tillman, the document still contains language born out of the bigoted ideas of its framer.

One provision, derived from a failed federal constitutional amendment authored by Congressman James G. Blaine in 1875, inserted bigotry into South Carolina’s 1895 constitution and 36 other state constitutions. Known as a “Blaine Amendment,” this provision has been interpreted by South Carolina’s Supreme Court as a hinderance to a parent’s choice—regardless of their income­—to send their child to a non-public school with their tax dollars, whether it is religious or otherwise.

The original amendment was written clearly and specifically to limit a certain type of religious education from being funded by public dollars: Catholic education and other religious schools willing to educate black students. In the late 19th century, the only schools that taxpayer dollars could fund were public schools, and those were decidedly (but unofficially) Protestant and officially white.

If the U.S. has learned anything from Covid-19, it is that American children, especially the most vulnerable, desperately need more alternatives to the public school monopoly. It’s revealing that the movement to deny such options to private and religious school children relies on the legacy of Pitchfork Ben’s constitution to do it.

If Julius Rosenwald and Booker T. Washington were alive today, they would be horrified at the state of education in the Palmetto State. For example, South Carolina currently sits in the bottom half of the nation in its reading scores for both Grade 4 and Grade 8. Black children are hit hardest by this sad disservice.

Rosenwald and Washington would no doubt also be puzzled by the barrier that Blaine Amendments present for black families looking for something better for their students. They knew that private educational options could be the answer for some African-American students.

One method for empowering parents to embrace this opportunity for private education options are Education Scholarship Accounts (ESAs). ESAs give state funds back to the fathers and mothers who know best for their child. ESAs would allow parents and students, like those who attended Rosenwald schools, to have the opportunity to choose from other sources of education outside of the cookie-cutter one their zip code assigns them to.

A one-size-fits-all approach to education does not take into consideration that every child is different and as we have seen in the past through racial and religious prejudice, sometimes a one-size-fits-all approach only serves a specific type of “all.” The way forward towards better education for all students is to fund students, not systems. The ESA would be another way to do that.

For more about Rosenwald Schools, and to locate sites in South Carolina, check out the SC Rosenwald Database and the Richland County preservation effort of Rosenwald schools.

For more about the federal case being brought by the state’s historically black state colleges and universities (HBCUs) and the Roman Catholic Diocese of Charleston, please visit our pageon the case.

To learn of the opportunities that would be created by Education Scholarship Accounts (ESAs), we have all the resources here.