South Carolina schools are not underfunded 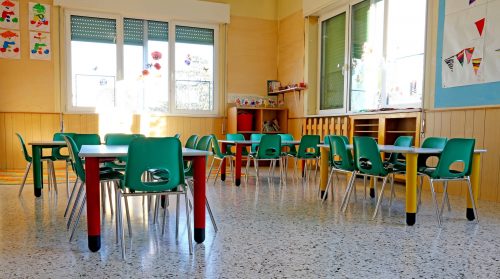 When the South Carolina Senate debated the state budget last week, a key fiscal issue occupied a fair amount of time in the deliberative body: the adequacy of K-12 education funding.

So, which is it? Who was right?

Our ruling would come down clearly on the side of Senator Hembree, with a slight nod to technicalities raised by Fanning.

Here’s the data to support that conclusion.

State education funding in South Carolina comes from a number of sources, including the Education Finance Act (1977), the Education Improvement Act (1984), Education Lottery Funds (2001), general state funding, and reimbursements to districts for lost tax revenue due to property tax rollbacks.

On the Senator Fanning side of the debate, yes, what was until recently known as “Base Student Cost” (BSC) in the Education Finance Act portion of the state budget is “underfunded”. For 2015-2016, the calculation for what Base Student Cost should be was $2,801. The legislature funded BSC at $2,197. That’s a gap of about $600 per student.

Fanning is also right that property tax rollbacks (those due to Act 388 being the most significant) have made key elements of education funding unpredictable. As Palmetto Promise Institute said just last year:

Property taxes once provided a steady revenue source for local school districts. However, a series of homeowner exemptions have gradually redirected the revenue source of education funding programs to sales and lottery tax revenue. The unpredictability of these revenue sources has impeded schools’ ability to set sound budgets.

But, when we speak of the fund that is the crux of this debate, the Education Finance Act, there are a couple of points to remember: 1) EFA funding is by design skewed to help poorer counties, and 2) EFA funding is a small portion of total state funding (not to mention federal and local funding).

First, let’s take the question of help for poorer counties. State support through the Education Finance Act is based on “Taxpaying Ability,” that is why Allendale County averaged $8,842 in state spending per pupil in 2015-2016 while Beaufort got an average of only $4,043 per pupil from the state. The value of taxable property in Beaufort is much greater than in Allendale, and the EFA takes wealth into account and directs taxpayer funds to poorer counties. Local funds make up the difference in the total educational program with Allendale kicking in less and Beaufort paying more.

Second, on the question of total funding, EFA Base Student Cost was funded at $2,197 per student, but total per pupil spending in 2015-2016 across federal, state and local dollars totaled $12,368 per pupil in South Carolina. Again, poorer counties like Allendale received more combined funding. Its federal, state, and local funding in 2015-2016 totaled $17,130 or $4,762 more than the state average per student.

Most of the complaints about underfunding EFA Base Student Cost is a distraction from the huge amount we spend per student. But there is still a problem to address. Most of the $12,368 per pupil spent on average is not student-centered and comes with lots of federal or state strings. There just isn’t the flexibility local districts need to operate in the manner that suits their needs best. That’s why Palmetto Promise Institute recently published two very important studies on school funding in South Carolina: Funding Our Children for Success (2017) and Fairness and Opportunity (2019).

In Fairness and Opportunity, Matthew Joseph calls for all state-provided funding to be student-based. That would mean a more equitable and consistent level of funding across the state. Zip code would matter less if dollars follow the student. In Funding Our Children, Dr. Rebecca Gunlauggson calls for an “EFA 2.0” that would give real meaning to Base Student Cost, or as she would rename it, Foundational Aid. In her redesign of the educational formula, more dollars would flow to the district based on the student’s characteristics and needs rather than for general programmatic purposes not tied to specific students. The goal would be more dollars to the classroom for instruction and less to district administration to oversee programs.

Is there a chance that transformative education finance reform of the type Dr. Gunlauggson called for could happen in South Carolina? Perhaps. The budget passed by the House and Senate included a proviso entitled “School Districts and Special Schools Flexibility.” According to this spending instruction, “All school districts and special schools of this State may transfer and expend funds among appropriated state general fund revenues, Education Improvement Act funds, and Education Lottery Act funds, and funds received from the Children’s Education Endowment Fund for school facilities and fixed equipment assistance, to ensure the delivery of academic and arts instruction to students.”

The other opportunity on the horizon is The Rainwater Report. This is the analysis from Revenue & Fiscal Affairs director Frank Rainwater on school spending that was requested by Governor McMaster, Senate President Peeler and House Speaker Lucas. RFA is expected to provide clarity that has been lacking.

On the school funding debate, our bottom line is this: we have enough money in the system, we just need to let state-appropriated dollars follow the child, not arrive in blocks for programs. That would be a significant step toward allowing local principals and teachers at the school level decide how to spend education resources, not bureaucrats in state or district offices. Hints in the state budget and the forthcoming Revenue & Fiscal Affairs Report are reasons for hope.