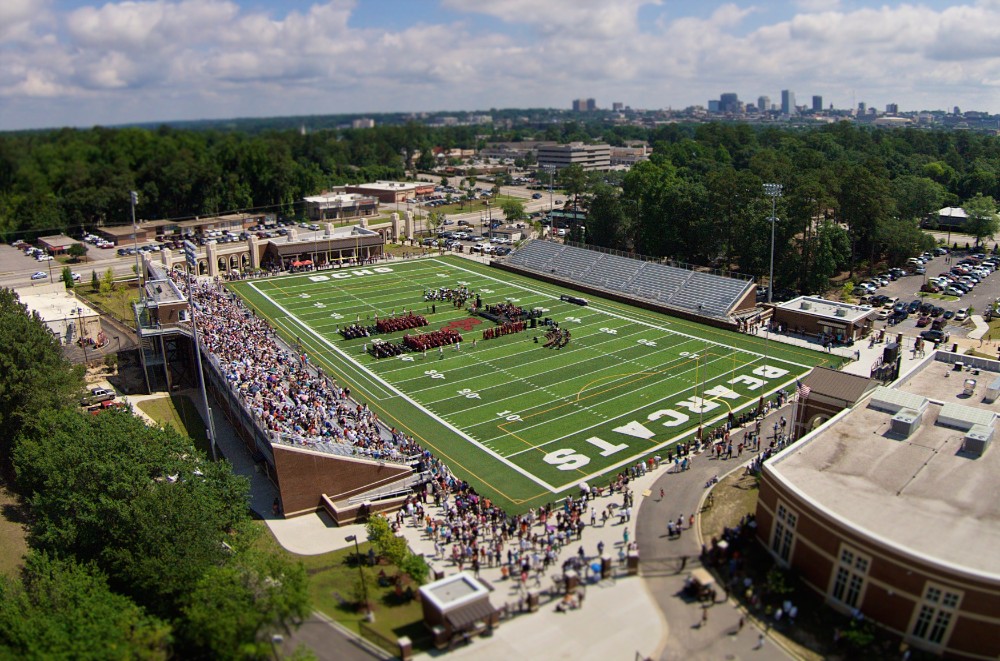 The NFL draft kicked off last week. The most dedicated of sports fans had that date circled for some time. Commissioner Roger Goodell, safely in his New York condo this year, announced each American professional football team’s pick of the hundreds of college students seeking to play at the highest level of sports.

After each selection, there was an outpouring of emotion as the athletes and their families are finally assured that all that hard work (some since Pee Wee league football) had paid off. Each pick in the top rounds were instant millionaires (at least) and now will have a shot at being among the best all time to play the game.

Not everyone loves sports, and not everyone is good at it. But there is more to athletics than what happens on a field, diamond, court, track or pitch. From early rising to “do 50 sprints for breakfast” as the popular commercial states it, to the importance of fair play, putting team above self, and building relationships and character—sports can truly make the difference between failure and success for many young men and young women.

That’s why when the issue of participation in sports has come up in the South Carolina General Assembly, the legislature has always sided with broad participation.

I have witnessed a lot of votes on the big board in the South Carolina House of Representatives. But I will never forget the final vote, May 30, 2012, on the issue of whether homeschoolers should be allowed to play for their local high schools. The board began to light up. It started all green lights for Aye…then…it got greener and greener and greener. After a decade of failure to achieve this freedom, there was not a single dissenting vote for the “Tim Tebow Bill” (Tebow was homeschooled but played for his local high school.) There were many happy tears shed that day in the gallery and on the floor. There is now a growing list of homeschooled students who played for their local high schools then went on to full ride scholarships to colleges, and excelled there as well.

The vote that day was about home, charter, and Governor’s School students. The Equal Access to Interscholastic Activities Act said that state dollars (public school dollars) could not be used to pay dues to an organization that prevented those three classes of students from full participation. The organization in question was and is The South Carolina High School League (SCHSL), a private entity composed of athletics officials and coaches that govern high school athletics independently from the school districts themselves. The League had fought the rights of those three groups of students since home, charter and Governor’s School education came to be in South Carolina. With the passage of Equal Access, round one went to the kids.

But that was not the end of the fight. The road to full implementation of the law has not been easy. The High School League has been hostile to interpreting the law broadly. That’s why the General Assembly had to double down (2013), stating in a proviso on the state budget that recipients of state funds must guarantee “that private or charter schools are afforded the same rights and privileges that are enjoyed by all other members of the association…” That proviso has passed verbatim for seven straight fiscal years with no dissent. It looked like private (independent) school students would be protected as well.

One student that benefited from this was change was Andrew Mitchell who was denied the right to play basketball by the League, appealed to an Appeals Board set up by the proviso, and won. The following year, he led the nation in charges while playing for Landrum High School and later won a scholarship to play basketball at Eastern Nazarene College.

Unfortunately, on March 12, 2020 we entered Round 3. The SCHSL changed its bylaws so that students who transfer from one school to another must sit out a year to be eligible to play sports unless they are transferring within a school district. There would be no more “limited eligibility,” where a transfer student could play JV for a year until they were eligible for varsity. A second rules change would require a student to establish his or her eligibility in seventh grade!

Technically, these rule changes affect all students equally, but the effect of the rule change is to disproportionately harms private/charter schools. Students entering or leaving private schools, which are obviously not part of districts, would not have the “in-district” loophole to claim and play immediately. In the words of the Attorney General’s office in an opinion issued on April 21:

[t]aken together these [SCHSL] amendments present a dilemma for students and parents: whether to exercise their right to attend a private or charter school or their choice or to maintain their eligibility to participate in League athletics.

The Attorney General has opined on the meaning of the Equal Access to Interscholastic Activities Act repeatedly (2012, 2013, 2014, 2020)…all in favor of the students. The League has generally ignored the AG’s advice and meeting shortly after the April 21 opinion was released refused to put a hold on their amendment even though the AG found that a court could very well find their rules changes in violation of the law and the budget proviso.

As we at Palmetto Promise Institute have said, private schools are struggling due to the pandemic. They need to retain and attract more students. The High School League rule changes, which are already discriminatory on their face, will harm those efforts.

We will have more on this story as it develops.