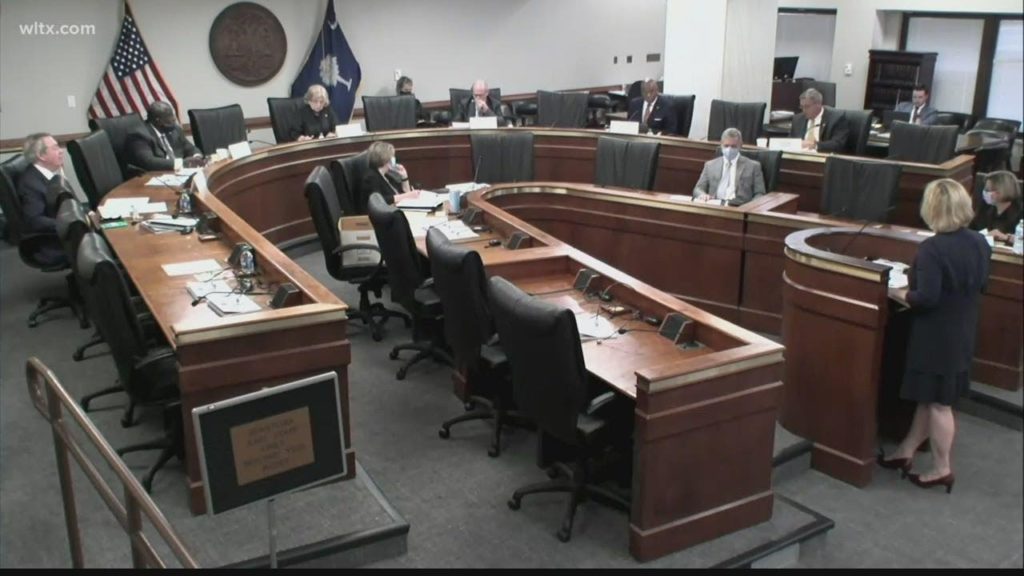 On Wednesday, a Senate Legislative Oversight Subcommittee met to discuss and hear from experts on reopening schools in the Fall. Of particular interest to Senators: how we can reach the over 10,000 South Carolina students that are unaccounted for since the start of the pandemic.

Back in late May, Palmetto Promise examined the variables surrounding school re-opening, specifically looking at strategies of countries and other states that have already started in-person instruction. In that piece, we concluded that a return to real life is critical for South Carolina students, not only academically, but more importantly, for their mental health and safety.

Although we aren’t fully aware of the extent, we know that many students are suffering in isolation. Getting students back into the classroom is absolutely critical. With that in mind, it’s also important that we make our decisions based on sound research and best practices, for the safety of everyone, including teachers and other school staff.

That dichotomy was on display in Wednesday’s meeting, as testimony seemed to fall into one of two camps—either insistence on re-opening schools regardless of case numbers for students’ sake or a more cautious approach, waiting for case numbers to go down prior to re-opening.

Kathy Maness, the Executive Director of the Palmetto State Teachers Association, expressed concerns from teachers about the safety of face-to-face instruction. She told lawmakers that two criteria would need to be met prior to a return to school: low or absolutely no increases in infections and some additional safety measures inside school buildings.

Conversely, Dr. Debbie Greenhouse, speaking on behalf of the American Academy of Pediatrics (AAP), told Senators that the AAP recommends reopening schools as long as they are in accordance with the federal and state guidance: “After weighing the information we currently have, the AAP strongly recommends the goal should be to have children physically present in school,” she read from a prepared statement, “Everyone’s fear is valid, but.. the scientific evidence we have so far indicates that children are much less likely to become infected and less likely to spread the infection.”

Dr. Greenhouse cited a South Carolina cheer gym that opened on May 18th serving children ages 3-19, which has experienced no known infections from staff or children since re-opening.

She went on to talk about the effect that a continued distance learning plan could have on South Carolina’s working-class families, particularly among those families whose children haven’t turned in assignments since March. If children aren’t in school full-time, estimates suggest we could lose up to 18% of the healthcare workforce.

Aside from the logistical concerns, there’s also the mental health and safety of our students. Dr. Greenhouse told the panel that she is concerned for some of her own patients, as young as 6-8 years of age, that have expressed anxiety and suicidal feelings due to being isolated in their homes. She said, “I personally have never seen the level of mental health problems that I’m dealing with right now related directly to school closures.”

In addition to some other concerns about the safety of children with a trouble home life, she noted that she would support giving parents who didn’t feel safe sending their kids back to school the choice to keep them at home. Giving parents this option was echoed by Sen. DIck Harpootlian (D) and Superintendent Spearman in a brief exchange, and also by Governor McMaster in a press conference on Friday morning.

As we discuss giving parents options to keep their kids at home, a number of logistical questions arise. Are teachers going to be expected to teach half of their students in-person and half virtually? Will we be putting mostly working-class families at risk, while students with internet access and parents at home continue to receive virtual instruction?

Additionally, many schools are concerned with being able to retain teachers for face-to-face instruction. A South Carolina teachers group recently asked teachers in an online survey if they would be willing join the group in refusing to report to their physical building, an aggressive tactic sure to raise eyebrows and questions in the halls of the Statehouse.

These questions only serve to expose the unwieldy and cumbersome nature of our current approach to education. Jonathan Butcher, a PPI Visiting Fellow, recently published an opinion piece arguing that if we’re giving parents the ability to opt-out of in-person instruction, we should allow those parents to receive the per-student funding allocation so they can enroll their child in a homeschooling association or receive tutoring. At PPI, we’ve been advocating for exactly that, long before the pandemic started.

The data suggests that parents are moving in that direction. PPI spoke with homeschooling associations across the state that are already seeing as much as a 300% increase in new member families last month, all before August, which is when the majority of new members join.

COVID-19 is revealing the many problems with a one-size-fits-all education framework. Regardless of where students are learning, we know that we must provide families the opportunity to make that choice from themselves, by empowering them through a more flexible education system that recognizes their unique challenges. We’re committed to supporting parents as they, along with us, continue to re-imagine education as we know it.