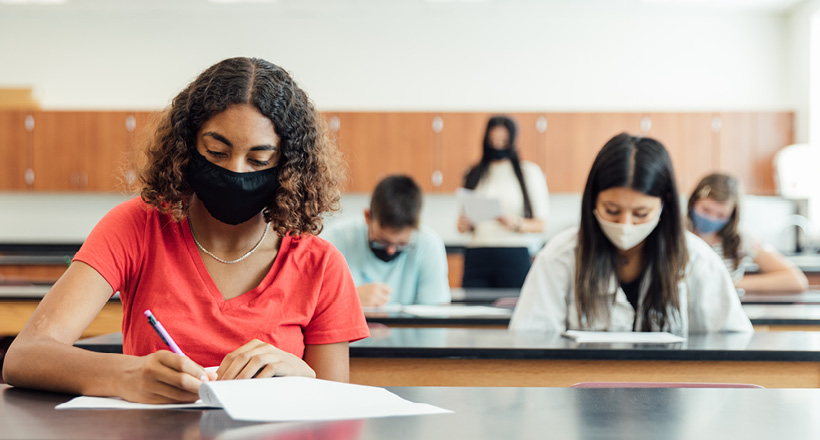 South Carolina’s private K-12 schools will get $32 million in federal COVID-19 aid, S.C. Gov. Henry McMaster announced on Monday, nearly a week after he pushed to get the state’s public schools to reopen to students in person five days a week.

“Education is the most important thing we do in South Carolina, or anywhere else,” McMaster said at Hampton Park Christian School in Greenville, surrounded by school choice advocates and parents. “If we can’t educate the children and educate them well, then we’ve failed in our duty to the state, the country and next generation.”

The $32 million in spending comes from the governor’s discretionary education account, which totals about $48.5 million and came to the state from the federal CARES Act. Students whose families meet certain income requirements can apply for tuition support. The grants will amount to $6,500 on average and help about 5,000 students. The first 2,500 grants will be given to families on a first come, first-serve basis and the remaining dollars will be offered to families through a lottery system.

To qualify, a student’s household must have an adjusted gross income of three times or less of the federal poverty level, McMaster’s office says. That’s about $78,600 for a family of four.

McMaster’s announcement comes as a big win for the school choice community, fulfilling, at least temporarily, a goal long held by some to use tax dollars to help families send their children to private school.

The governor’s spending plan is almost three times the size of the state’s existing private school choice program, which allows up to $14 million a year in tuition grants for students with disabilities. That program is made possible through special tax programs.

The move will “expand education horizons for thousands of children across the state of South Carolina,” Ellen Weaver, head of the Palmetto Palmetto Promise Institute, said of the money McMaster is directing to private schools. “It’s not just abstract. Today is about real needs, real students and real help.”

While the $32 million in tuition aid comes through one-time federal funds, McMaster said he is hopeful future state legislatures will put more money in the state’s budget to offer needs-based scholarships to private schools.

“That would be delightful if they would do that,” McMaster said. “Of course, we don’t know what the budget is going to hold.”

The money allocated by the governor on Monday is separate from other federal dollars that have been already allocated for educational expenses. The state’s Department of Education received roughly $210 million to cover five additional in-person school days and academic recovery camps. Another $12 million was spent to cover districts’ costs of food service. That money must be spent by the year’s end.

“Masks for South Carolinians to slow down #COVID19? No.” Benjamin tweeted. “Ramped up testing, tracing & supported isolation? No. Broadband or WiFi for kids who need it? No. Helping schools safely open this Fall? No.”

Senate Democrats also pushed back against the governor’s move.

“South Carolina has shamefully underfunded our public schools for decades — writing checks to private institutions should be the least of the Governor’s worries when it comes to education right now,” state Sens. Karl Allen, of Greenville, and Thomas McElveen, of Sumter, said in a joint statement. “It is overwhelmingly disappointing to see him play politics with our children’s education and the safety of South Carolinians.”

And teachers and a statewide school board group said they were disappointed.

“We have families in South Carolina who have no access to broadband, no devices. Why couldn’t the governor make sure the families in our public schools were taken care of?” said Kathy Maness, head of the Palmetto Teachers Association. “Why can’t we make sure we have hand-washing stations in every classroom because we know one way to stop the spread is by hand washing. Why couldn’t this money be used in this way?”

Sherry East, head of the South Carolina Education Association said she was “appalled.”

“How many social workers could you have hired to knock on doors for non-respondent children with $32 million?” East said,referring to the several thousand children the state has lost touch with since the pandemic closed schools in March. “Yet we don’t put the money where we know we need it. What was the rationale for that?”

“It’s disappointing that we would divert funds that are absolutely necessary to see us through this crisis safety,” said Lexington One Superintendent Greg Little, who suggested the money instead be spent on more personal protective equipment for students and teachers. “The truth is, nobody knows what September is going to look like and we’re going to need all the resources we can get.”

The money for private schools is the second round of spending the governor has announced from his $48.5 million discretionary fund, specifically for education needs.

Earlier this month, McMaster announced a $2.4 million investment for the state’s eight historically black colleges, part of a package of recommendations the governor’s coronavirus advisory group, Accelerate South Carolina, proposed in May. That money is slated to help those colleges — which include Columbia’s Allen University and Benedict College and the state’s only four-year public HBCU, S.C. State University — update hardware, software, and online resources, including textbooks.

The remaining dollars can be split for public K-12 schools; public, independent and technical colleges; and the education department.

For the private schools, McMaster said Monday the grants are not dependent on whether the schools that receive the money reopen five days a week, though that’s a goal he hopes all schools will meet “to give parents that choice” of sending their children to school.

McMaster said last week he would like all schools to reopen full time following Labor Day.

It’s a plan that parents, teachers, school nurses, bishops, district superintendents and the state’s schools chief have pushed back on. But McMaster’s plan also has support from some Republican lawmakers.

“There are a lot of kids, such as my 14-year-old grandson, (he) doesn’t do well on virtual learning,” Smith said. “A lot of other kids are out there like that, that need that one-on-one instruction, need that person there in front of them to tell them what to do and to get them motivated and to get them moving forward.”

Robinson-Simpson, who is Black, said her attendance Monday was to ensure Black private schools were represented.

“My concern doesn’t have anything to do with how these dollars are going to be spent,” Robinson-Simpson said. “I have concerns about the whole nine yards as it relates to the health and safety of our children and of our staff. Because we’re putting our students and our staff in a high-risk situation. … But that doesn’t have anything to do with this money.”