My ESA Story: The Priest Family 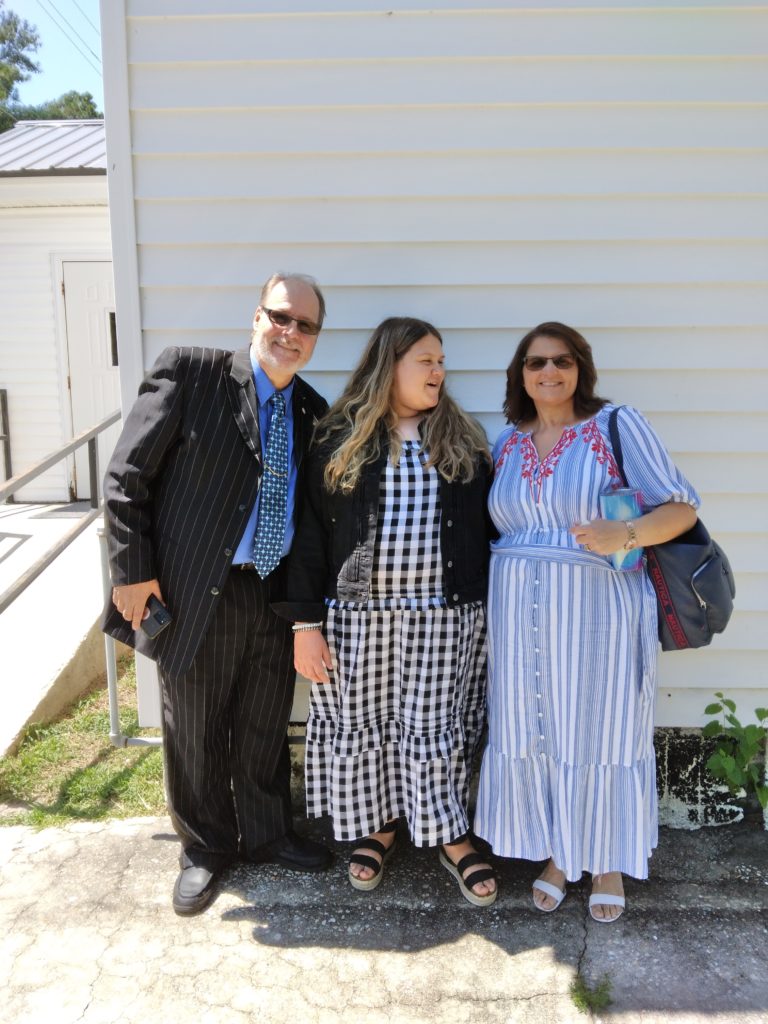 “The opportunity to say we have a choice,” is all Lisa and Paul Priest, a family of three from Dillon ask for when it comes to their daughter’s education.

Lisa and Paul are the parents of 11-year-old Allison Priest, who attends Dillon Christian School (DCS). Allison used to attend Latta Elementary School, but during the height of the pandemic in 2020, the Priest’s realized their daughter was not getting the type of education attention she needed.

The school was not meeting the expectations they had for their daughter’s learning, and when Covid-19 hit the school system and Allison started to suffer academically and emotionally, it was the final straw for the Priest’s. Lisa noticed emotional problems in Allison from the lack of socialization with other children and lack of daily structure.

As a parent, all she wanted was for her daughter to be in an environment that would make her feel safe, comfortable, and accepted. They saw this opportunity at Dillon Christian School, a local private school. However, she expressed that, “It’s hard to send a child to a private school when you don’t seem to make ends meet.”

But by January of 2021, in the middle of her fourth-grade year, Allison’s parents and grandmother couldn’t stand seeing her being so negatively affected any longer and they enrolled her into DCS. Her grandmother had decided to take on the financial burden of paying for tuition.

Almost instantly, they began to see a change in her. Lisa described it as a drive and eagerness to learn which led her to be on the A/B Honor Roll. She also noted that the small group interaction challenged her shy personality, and they noticed her coming out of her shell. Lisa and Paul were so excited for her future because they had finally found an environment that supported Allison’s learning needs and their family’s values.

Unfortunately, this may not be the Priest’s final “happily ever after.” Paul is disabled and unable to work, which has created financial difficulties for their family. Thankfully, their current income covers most necessary needs like food and bills, but it won’t cover Allison’s tuition at DCS.

For now, they are grateful to have Allison’s grandmother’s financial help, but as she ages and needs medical attention, that assistance is far from certain. They fear that one day soon, they will no longer be able to provide their daughter with the academic and spiritual environment that she deserves. Lisa is heartbroken at the thought of having to pull her out of school and Allison can’t imagine leaving behind her teachers and friends.

Many South Carolina families are in a similar situation, experiencing the all-too-real financial pinch as they struggle to provide the educational opportunities they know their children need to be successful. These parents and grandparents are doing everything they can by making sacrifices in their day-to-day life, as well as boldly speaking out for the need for programs like Education Scholarship Accounts in South Carolina that are already working for thousands of families in other states.

Lisa Priest cuts straight to the chase: “My daughter deserves that choice.”