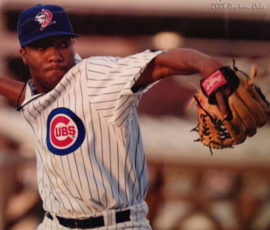 Jay Jackson liked his local public school and did well on his report cards. He even enrolled in some of the advanced classes that his school offered. However, Jay’s parents, Randy and Janice, noticed something peculiar: They never saw Jay do any homework.

“Jay never brought a book home to study,” Randy says. “I would ask him, ‘When did you do your homework?’ and Jay would say he finished it in class.” Jay was a talented basketball and baseball player, and Randy and Janice started to worry that his schoolwork was too easy. They knew Jay had the potential to be a great athlete in college and, maybe, even beyond, but they also wanted their son to be academically prepared for whatever the future would hold.

“We didn’t feel like the public school system was giving him that challenge that he would need,” Randy says. “He needed to be challenged a little bit more academically, especially going from high school to college.”

The Jacksons enrolled Jay in Christ Church Episcopal School, where Jay earned an academic scholarship. “The scholarship helped a good deal,” Randy says. Jay blossomed as a student-athlete and earned a scholarship to Furman University, where he became a starting pitcher for the Paladins. Because Furman was close to home, Jay’s sisters Jasmine, who struggles with Down’s syndrome, and Kiyana, could watch him play every week. In 2008, Jay was the top pitcher in the Southern Conference, and Jay now plays for the New Orleans Zephyrs, a minor league team in Louisiana.

“If I didn’t go to Christ Church, I don’t think I would have been able to handle Furman as well,” Jay says, explaining that Furman’s academic rigor was a lot to handle while playing baseball. “That whole base [of challenging classes at Christ Church] helped me excel to think more critically than if I had gone to a public school.”

Randy explains that he knew Christ Church would be a long-term investment for Jay. “If we had to do it all over again and enroll Jay in a private school, we would do the same thing,” Randy says.